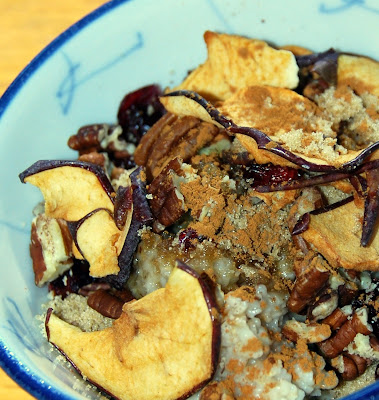 I was out with some girlfriends the other night and a discussion of oatmeal came up. Most of the ladies said they wished their families ate oatmeal since it's cheap and nutritious. For some reason their kids didn't like oatmeal. That prompted a discussion about how my family LOVES to have oatmeal. Why would it be any different served at my house you ask? 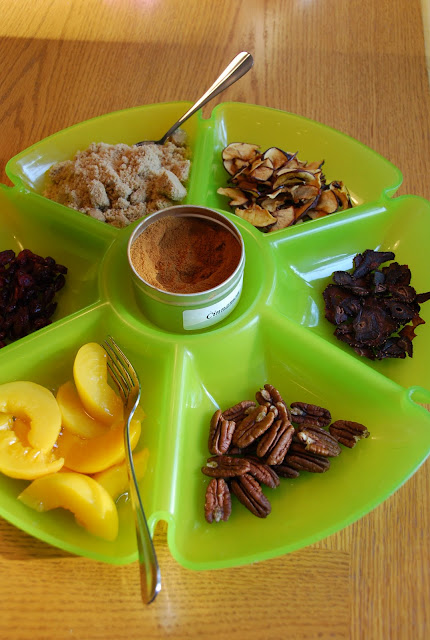 I set up a chip and dip tray with toppings in the middle of the table.  Then I make a big pot of plain oatmeal (if I'm really on top of things I cook the oatmeal in my rice cooker with the timer

).  Everyone gets a bowl full and then chooses their own toppings. The two-year old had milk, brown sugar, cinnamon, and dried strawberries that we dried last summer.  I chose dried apples, pecans, craisins, and brown sugar for a yummy fall taste. 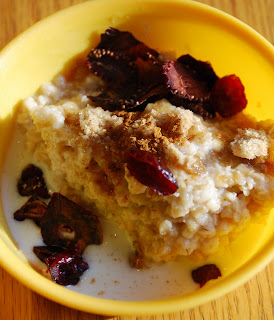 This chip and dip tray idea also works for us when we have taco night or when we make our own pizzas. Really just a way to re-purpose something we wouldn't ordinarily use often.