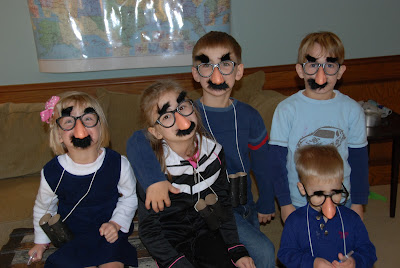 My oldest, my Super Bear just turned 7 years old! He is into Secret Agent and Spy stuff. When he settled on that for his birthday party theme, I was not surprised at all. We determined that we would need some serious spy games to play and a cool secret mission. When the kids arrived at the door, they were greeted with a sign that said, "International Spy School. Knock twice to enter". 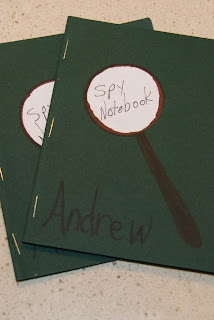 We gave each child a secret agent notebooks to record all of their findings while they were in Spy School. Then our first training mission began with testing our taste senses. Each agent-in-training got a film canister (left over from the space party a couple of years ago) filled with different flavors of round candy. They had to taste each one and record what flavor they thought each was.
﻿﻿﻿ ﻿
﻿﻿﻿﻿

and taught them how to look through a magnifying glass to see their whorls and arches. We talked about how each fingerprint is different and how they don't change as you get older and bigger. 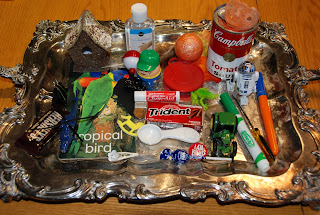 We tested their powers of observation with a tray full of little items and then covered it up while they wrote down as many as they could remember. I was amazed at how well they did at this test. I have no memory at all. 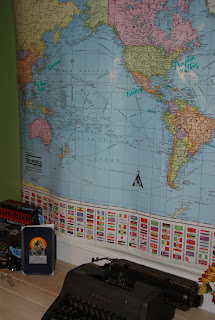 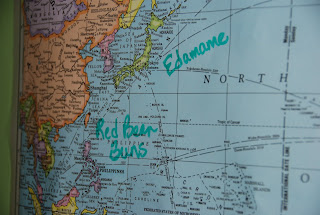 After all this training we knew they would be hungry, so we served lunch with a little geography lesson included. We figured they would be working throughout the world, so we wanted to expose them to foods from different countries during their training. The menu was recorded on a world map posted on the wall, so they could actually see where the countries were located. 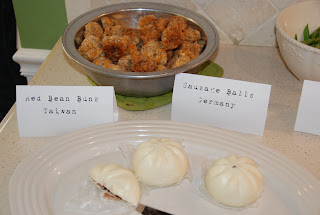 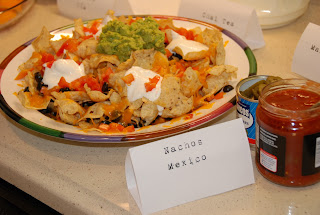 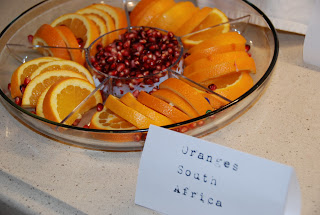 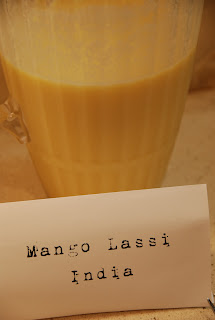 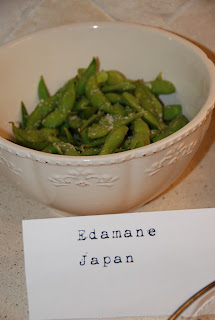 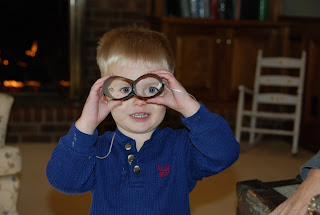 After they were fueled up and awarded their official spy binoculars (toiler paper rolls taped with duct tape, painted black with string attached - we're on a budget here), we started them on their first official mission. They received their dossier (had to explain that SAT word) in a manila folder with their first clue. Each clue led to another which they had to read and decipher. I couldn't believe how fast they blew through the clues! I thought they were difficult, but not for these smart kids. 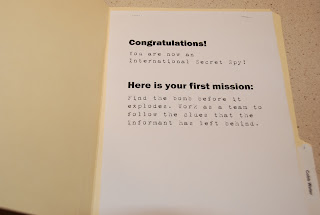 The clues finally led to the sunporch where the cake awaited. Of course singing "Happy Birthday" diffused the bomb and all were awarded cake and ice cream. 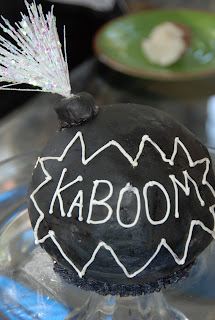 The cake was made with the Wilton ball cake pan

. I have learned when using this two part pan, it's best to make a pound cake. I love the recipe in the Fanny Farmer cookbook

. This cookbook is great for any and all basic recipes, a definite must for any cook, beginner or advanced.
After I baked and cooled the cake I cut off a little from the bottom to keep it from rolling. Then I frosted it with buttercream icing to hold the halves together and provide "glue" for the fondant. I bought black fondant from Wilton again and put it over the ball. I'm not proficient on the fondant yet, so it looks a little rough, but a cannonball is supposed to be rustic. I added half a marshmallow covered in fondant on the top for the fuse base and used a Christmas spray for the fuse. I wanted to use a sparkler, but you can't find those in November here in Georgia. The "kaboom" was added for fun as well as some manufacturing information on the back. (Notice the smear on the letter "O" caused by the Sausage Boy. You think I would have learned my lesson back with this cake.)
My precious first born declared it a great birthday...Mission Accomplished!