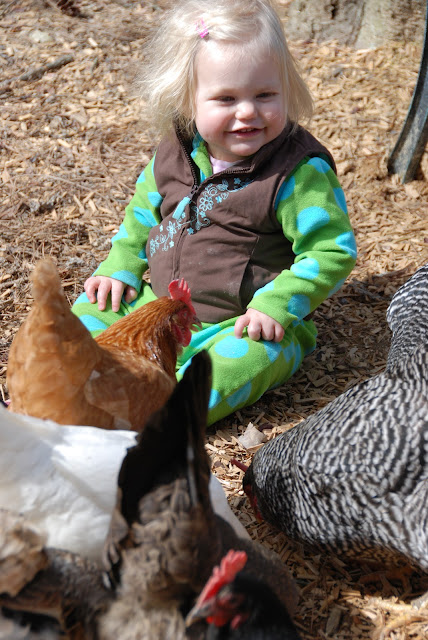 Some people have dogs or cats, we have chickens. I guess no matter if your animals are furry or feathered, they definitely make you smile.  It's pretty funny to watch the kids with the Girls and I wanted to share some Chicken Love photos. You may not recognize them from when they were baby chicks not so long ago. The Girls are all grown up. 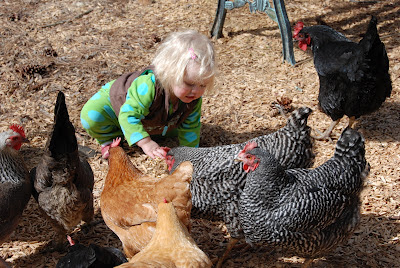 The chickens are not intimidated by the baby at ALL! But... they wouldn't let her get close enough to pet them. 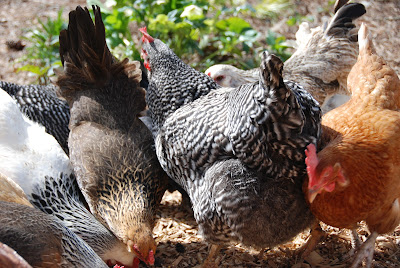 The mob was busy feeding on cracked corn for a treat. Notice Super Roxanne muscling everybody else out of her way. Poor Penny on the right is getting swacked in the head with Roxanne's tush. Roxanne is sweet and gentle, but her girth makes her a force to be reckoned with. 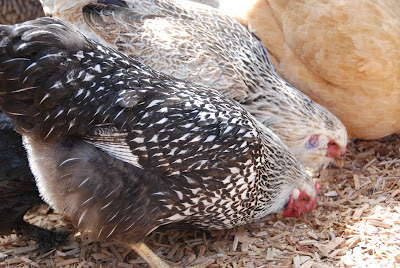 These are the Beauty Queens of the flock. Wendy has beautiful black and white feathers and Waffle (named by Sausage Boy because waffles are the best thing in the world by him and what better namesake). 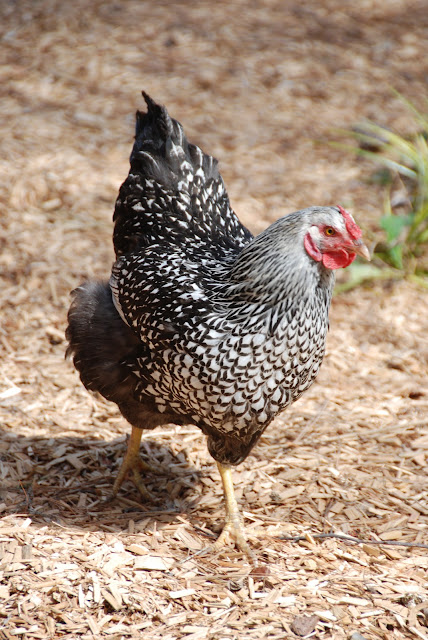 Wendy is a silver laced wayndotte. Just look at her, she knows she's hot stuff. She's practically strutting across the yard. This is what is it like to be one of the beautiful chickens of the world, everyone loves you and wants to take your picture. 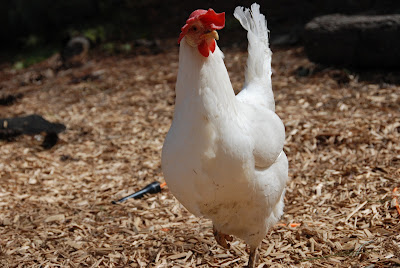 Ahh, the opposite of Wendy is Cloudy. Shhh, don't tell her but she's part pig - not a beauty by any means and she's always eating. If there is food around, she's the first one there. She's the one who comes begging at the back door whenever she hears anyone come out. Maybe she's also part bloodhound...no, those are too smart. Cloudy is not smart, she's not beautiful, but she's a seriously reliable layer. This is the kind of chicken most production chicken coops use and for good reason, lots of eggs. I just think all of the sense has been bred out of them. 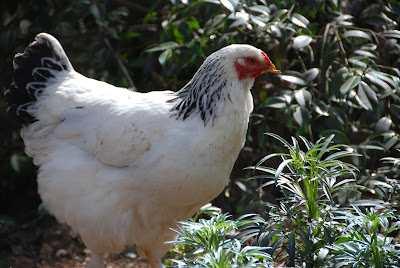 Here's Crooked Beak out for a walk. She's on her own, as often happens. Even the other Braham hen, Angel, doesn't seem to hang with her much. She operates on the fringe of society, but I love her. 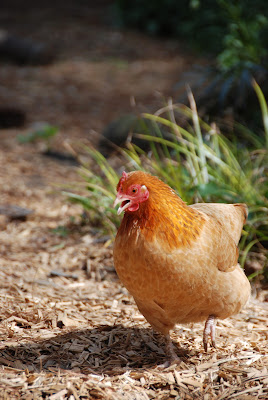 Lovey is the Loudmouth of the group. This bird ALWAYS has something to squawk about. For such a tiny thing (she's a bantam hen) she makes a ton of noise. Even here in the photo, she's bawk-bawking! Sometimes I think she wishes she were born a rooster, but alas, no gender reassignments for chickens. 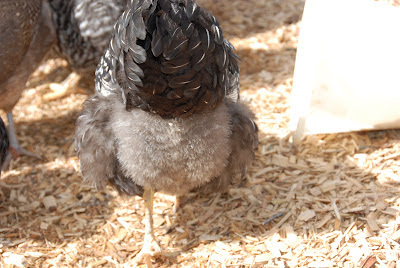 Here's the beauty queen again, from another angle. Wendy is even attractive from the backside, fluffy and soft grey feathers. I wish I looked this good from behind. That's a little scary... I'm jealous of a chicken...what is my world coming to? 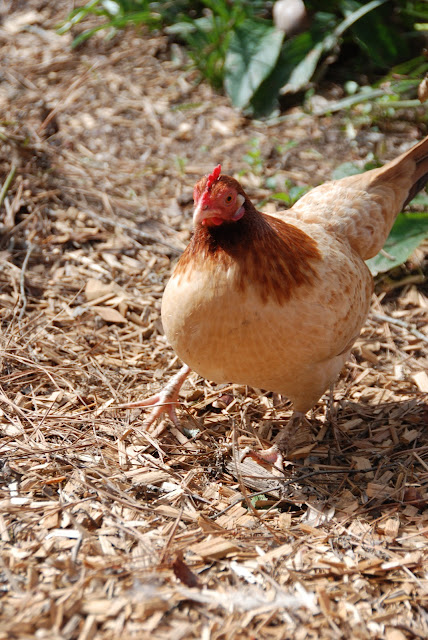 Finally little Goldilocks. So sweet and one of the oldest hens we have. She's a bantam like Lovey with none of the attitude. She's the Queen of our flock. She has immpecable manners and sets the example for all of the others. She's not much of a people lover, she won't sit still for a cuddle, but she's a Chicken Queen.

Love from me and the chickens,

Email ThisBlogThis!Share to TwitterShare to FacebookShare to Pinterest
Labels: chickens