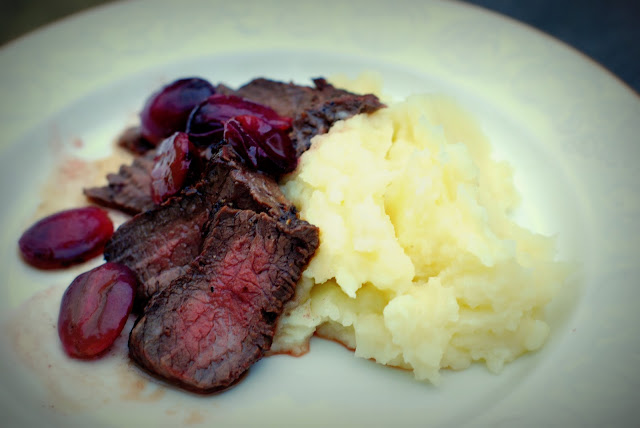 It's Secret Recipe Club time again!! I was pretty excited when I was assigned a blog from outside the US called Lavender and Lime. Tandy is from South Africa, a country where I know exactly two people...Ronald and Lize. I met Ronald in Australia, where he told me many South Africans often come to visit or live. I met Lize our preschool where I got to teach her precious daughter Neika at Vacation Bible School. So Tandy makes three people, wow, I'm on a roll.

I was charmed by the language used in Tandy's writing. For instance, the word "dessicated" which you never see used in the US, (we say dried) but dessicated sounds so much more intense. I also loved how her recipes are in grams. We really should have stuck with the metric system in the United States, it makes a lot more sense.

When I was browsing Tandy's blog I noticed she eats lots of foods that are not common here in the US: ostrich (which was yummy when I had it in Australia), springbok, lamb, liver, and crawfish. Talk about an adventurous eater, but maybe not by her country's standards. For all I know, ostrich may be a South African staple. That's why I like taking my kids to eat at different ethic restaurants. There they can learn people eat different things, look different, talk differently and dress differently. Respecting differences is something I was taught as a child and it's never left me. It's my hope that raising my kids this way, will teach them God created people to treasure differences. The only hard part is when they learn that not every kid has this respect. It wasn't until my son starting taking his lunch to the homeschool co-op that he even knew it was "unusual" for kids to eat sushi, liverwurst, deer burgers or Cesar salad. It actually broke my heart a little the first time he came home and told me the other kids said his lunch was yucky and weird. How sad is that? Especially when his lunch was SOOO much more delicious than the applesauce cup and Lunchable the other kids had.
I had some serious trouble deciding which recipe to make when I browsed through all the choices. The Orange Marinated Duck sounded delicious and I can see making it with chicken. I also really wanted to make these Cranberry Oat Slices because you know I'm a little obsessed by cranberries. I'm guessing I will make this outside of today's post. 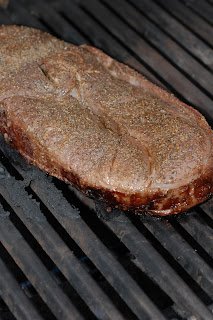 When it came down to it, I decided to make two things from Lavender and Lime. Her Venison dish with anise and grapes got my attention since I have a freezer shelf full of deer thanks to my hunter husband. This dish sounded like something I would order at a restaurant - something fancy - something I would not normally make at home. I had to give it a go. I also decided to make her chai tea mix. I'll share that one tomorrow.

I did change Tandy's recipe a little just to accommodate my family. I choose to do a large venison roast so I could feed the entire family. I usually save the tenderloins for DNI. I marinated the venison overnight (which I do with all of the whole cuts, not the ground). We also cooked it on the grill since it was a beautiful spring day, but that meant I didn't have the pan drippings that Tandy did. I used anise seed because I had it and I didn't have the star anise. Never in my life would I have thought of putting anise and meat together, but it was a beautiful pairing and everyone loved it. 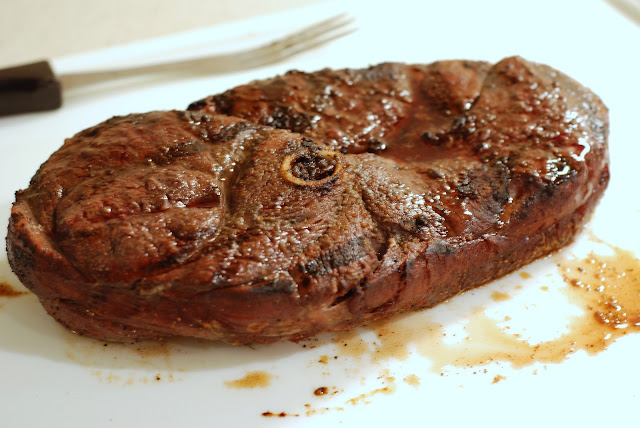 Combine the vinegar and soy sauce in a large zip lock bag and add venison. Marinate 2 hours or more (I leave overnight) in the fridge. Dump marinade and pat the meat dry with a paper towel. Let rest on a plate so it comes to room temperature. You never want to grill a cold piece of meat. Crush the anise seed in a spice grinder or mortar and pestle. Combine anise, pepper and salt together and dust over the meat on both sides. When meat is room temp (about 30 minutes of sitting out) grill over med high heat for 25 minutes, turning once.

While it's cooking, melt the butter, olive oil and wine over med-low heat in a skillet. When butter is melted add the halved grapes and stir around for a minute or two. Remove from heat. When the roast is done, put on a clean cutting board. Let sit for a few minutes before slicing into 1/2 inch pieces. Serve with grape sauce over the sliced venison.

PS. This was my recipe that was made over on Foodness Gracious. It's my Moist Chocolate Buttermilk Cake with Cream Cheese Icing.