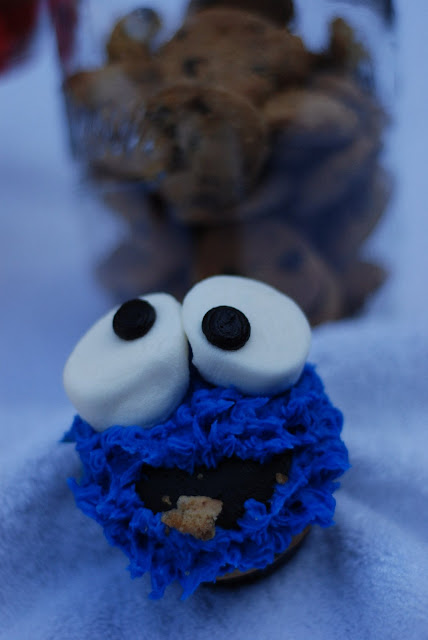 "C is for Cookie, that's good enough for me."

We just celebrated the baby's 2nd birthday (I'm gonna have to stop calling her the Baby). She LOVES Sesame Street, especially Cookie Monster so a Street party was just what she needed. I pinned several ideas to my Pinterest Board and away I went!

We invited everyone over for dinner, since I ran a 5k that morning *so proud of this non-running gal* and the kids were all in a parade after the race. I printed off some Sesame Street blank signs to label all of the foods with cute names (thanks Mom- to the rescue again). 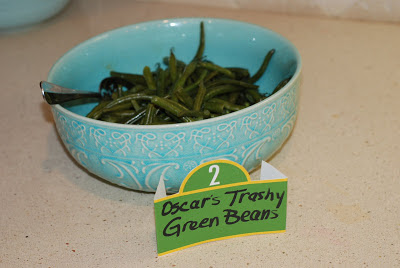 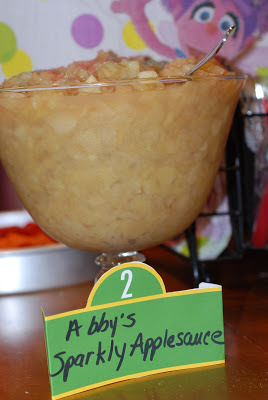 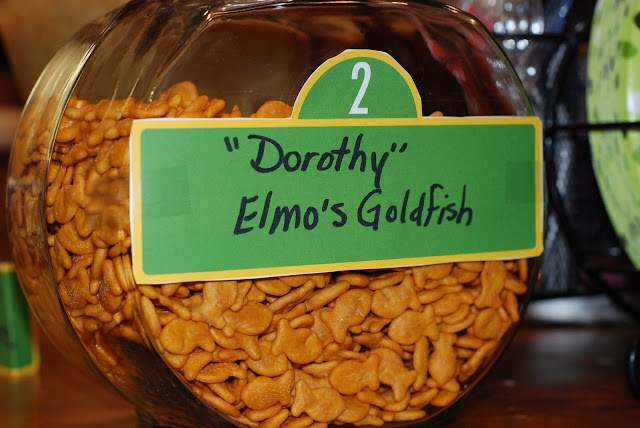 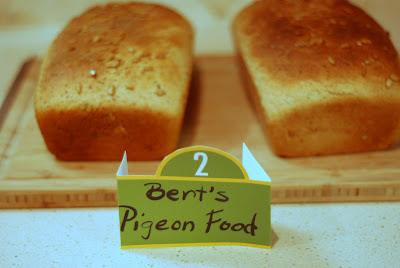 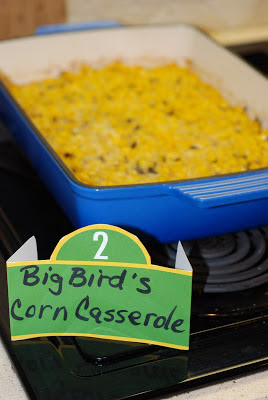 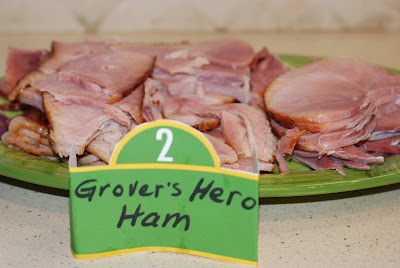 Elmo himself, made an appearance with friendly veggies and dip 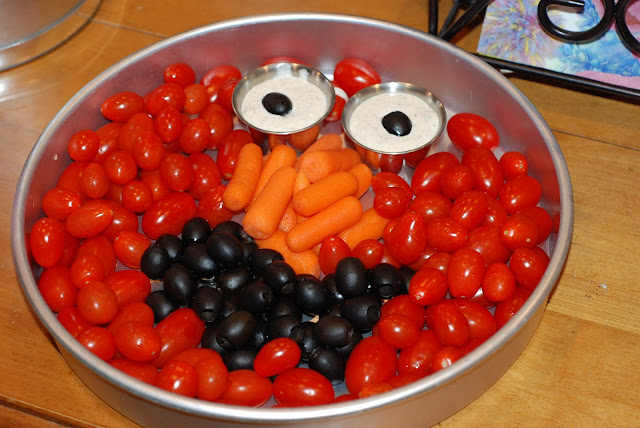 For games, we kept it simple since this was a 2 year old party. I printed out a large Cookie Monster head and taped it to an empty cardboard box. We then cut out the mouth and the kids were able to "feed" Cookie some fabric cookies that my Grandmother whipped up. 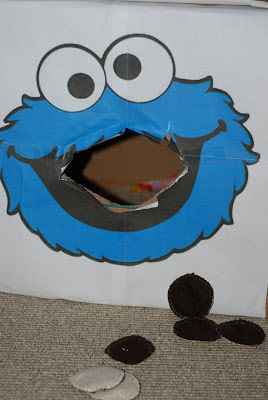 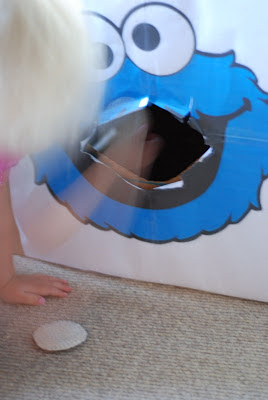 We also emptied one of the large metal trashcans we keep chicken feed in and set it up in the family room. The big kids went to the recycling bin and pulled out pieces of paper which they wadded up, creating "trash" Then the party-goers all got to clean up Oscar's trash. (Please ignore the shaggy hair. Is there any other Mommy out there that has trouble finding the time to get a haircut???) Also, you can't tell, but I'm wearing my vintage Sesame Street tee, so old Elmo is no where to be found on it. 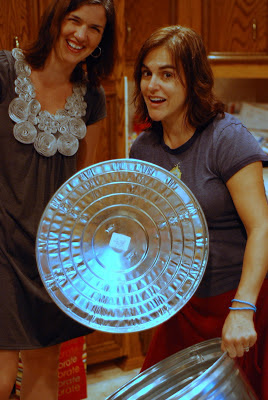 We topped the whole party off with Street cupcakes. I saw tons of ideas and loved so many of them. I decided to make Cookie Monster, Elmo and Big Bird. (Notice the Cookie tattoo? Abby Cadabby is on the other arm.) 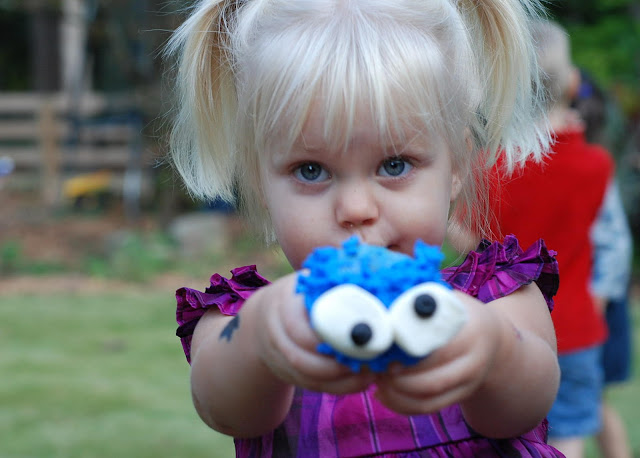 The monsters were easy. I mixed up my buttercream icing and then colored each container. I had store bought black (a color I HATE to make) so I only had to make, red, blue, light blue (just a bit of lesser tinted blue), pink (a bit of the red not tinted all the way to red), yellow, and orange (some yellow icing and red combined). I made green too, thinking I might create Oscar cupcakes, but I decided not to.  Looking back, I should have made Oscar and not Big Bird, because the Bird was HARD and I don't love they way he turned out. In any case, I saved the green icing for the next birthday party coming up in a couple of weeks.

It is full blown birthday and holiday season at our house already. 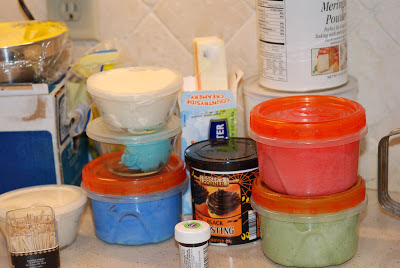 I also have black fondant that I rolled out and cut with a bottle cap. I then cut the circles in half so the monsters would have easy mouths. 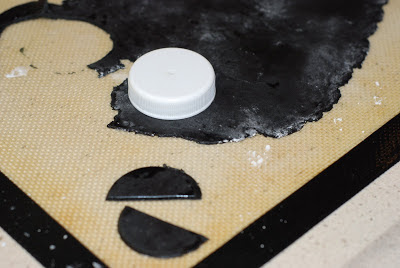 Once the cupcakes were cooled, the icing tinted, the mouths cut out, I cut large marshmallows in half for the eye balls. Then I was ready to decorate. The piping was SOOOOO easy! Seriously, I know there are some of you out there, who think I'm kidding, so I had my MacGuyver husband video me piping out a cupcake. I used a star tip and this video is NOT speeded up. Look how fast it goes!!


Here is Elmo with piping, fondant mouth (be sure to pipe over the mouth a little), marshmallow eyes, piped eyeballs and getting his orange teardrop shaped nose. 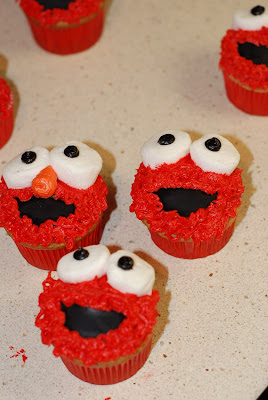 Big Bird's beak was the hardest part of everything. I use a marshmallow cut like I saw here. You make two cuts into the side of the mallow and then you end up with a beak. Then I put a little red icing inside the beak and yellow on the outside. This was the messy and not beautiful part of the whole thing. 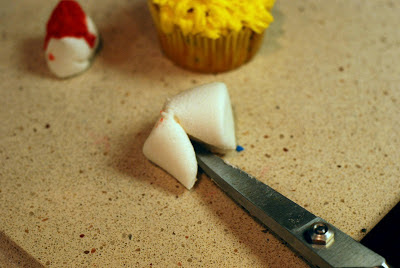 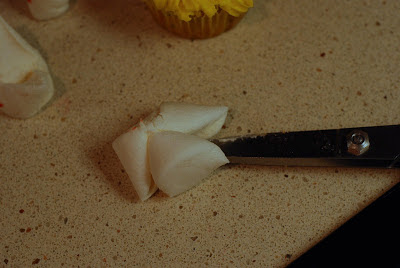 I had made Big Bird's feathers with a leaf tip and pulled them out starting from the edges and working in. I piped the white eyeballs and then a thin strip of pink and blue for his eyelids. All of that looked fine, until I added the messy beaks. Of course, once again I had to remind myself it's not a Cupcake Wars competition, but a kids' birthday party!! Ackk! Seriously. 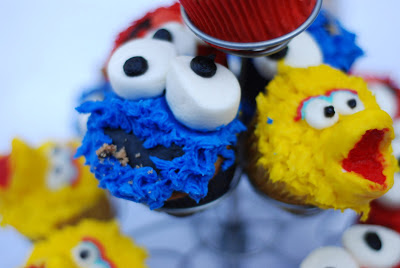 Cookie Monster is just like Elmo, but a little messier with the fur and be sure to put his eyeballs in different spots to give him that googly eye look. I also crushed up some cookies and put the crumbs on his mouth which turned out super cute.
These are TOTALLY the cupcakes any beginner should start out with. If you wanted to make Oscar, instead of the Bird, it would be very easy. 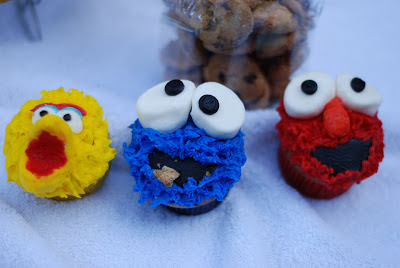 I can hear it now, "Sunny Day, sweeping my cares away. On my way to where the air is sweet. Can you tell me how to get, how to get to Sesame Street?"