This morning there was a murder. It was worse than any horror movie: blood, fangs, claws and

Last night one of these 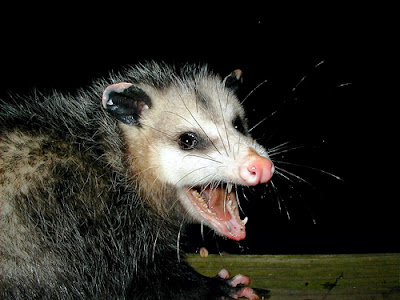 tried to eat these. 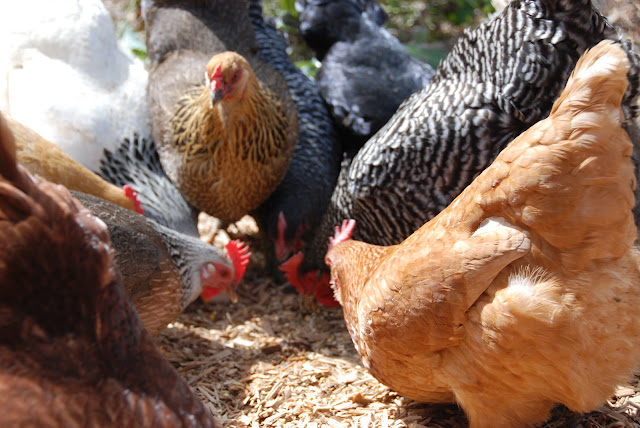 It was not pretty.

Thank God, we have Lovey.

Lovey the Loudmouth came to the rescue. At 12:31am Lovey started bawking, and bawking, and bawking. This is not normal with chickens. They like their sleep as much as I do. They squawk here and there during the day, but NEVER at night. I was immediately awake and thinking about how annoying that sound was. I knew it was Lovey. I woke up the "sleep-through-all-babies-and-chickens-in-need" man next to me. He jumped out of bed, grabbed shorts, shoes and a flashlight - all the necessary items for a major investigation and headed outside to the coop. Lovey kept up the noise the entire time.

True to his hunting nature, my husband came quickly running back in the house, got his pellet gun, and ran back out. I quietly watched all the commotion from our bathroom window where it was warm and safe. I had no idea if the Girls were facing a coyote, an owl, a bear (okay probably not that).

Through the window I saw my handsome, fierce protector of a husband raise and take aim right where the chickens sleep. I was shocked! Maybe one of the Girls was so hurt he needed to put her out of misery? I was confused and worried. The whole time he was out there, Alan talked softly to the hens, keeping them calm. He quickly shot the deadly attacker INSIDE the coop...a crafty possum. That creature had gotten it's way inside the inner sanctum, right underneath the sleeping hens.

Only Lovey had the sense to wake up and cry out the alarm!! Alan made sure the possum was good and dead and not just "playing possum" then hauled it out of the coop, where it lay this morning. 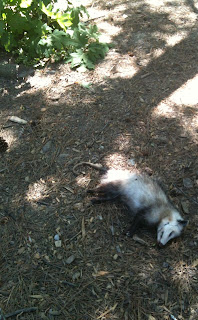 Amazingly not ONE of the chickens was harmed in all of this. The possum had just started it's nightime stalking and Little Lovey woke us in time to save each and everyone of her friends. All the Girls stayed very still when the shots were fired to kill the predator. We are pretty sure this is the same possum that we've caught in our traps before, so he seemed determined to get a juicy fat chicken dinner.

This morning, when I went out to check on everybody Lovey was quietly sitting in the nesting box. She just stared hard at me when I came in. 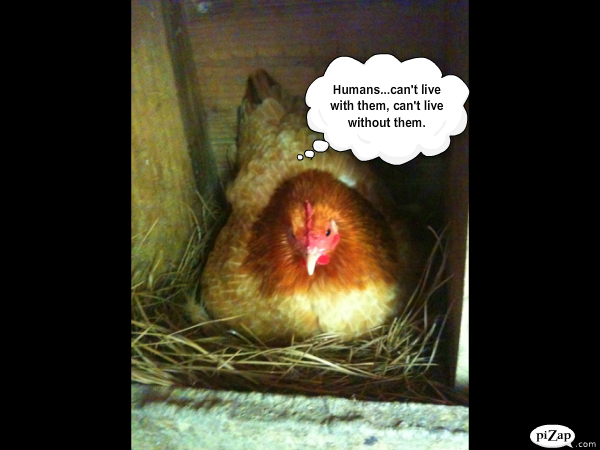 Little Lovey Loudmouth has been commended for her bravery in apprending the murderous possum with a fresh banana. Love her!

Email ThisBlogThis!Share to TwitterShare to FacebookShare to Pinterest
Labels: chickens